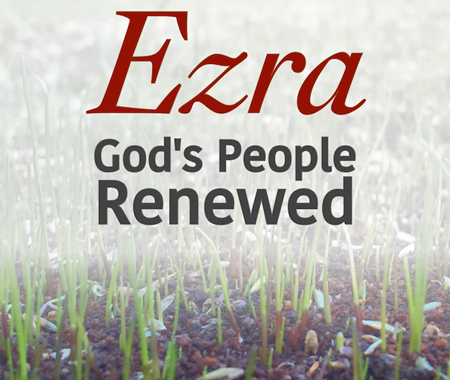 Some people really make your day, others – well they can really make your day worse.  With so much discouragement for the Jews in rebuilding the city of Jerusalem God decided to send several prophets to encourage the people in finishing work on the temple.  The prophets  Haggai and Zechariah were especially influential in bringing God’s encouragement to the workers rebuilding the temple.  A governor named Tattenai from beyond the river tried to put a stop to the rebuilding process by asking who had given them permission to rebuild the temple.    He wanted a detailed, official report from King Darius of who had truly funded this rebuilding project,  why this temple was being rebuilt and any details that might cast a negative light on the Jews rebuilding of their city.  King Darius looked into the matter and discovered that king Cyrus had indeed been moved by God to let the Jews rebuild the temple and their city with part of the bill being paid by the Babylonian empire.  Darius was so moved by the reading of the documents that he decreed that anyone who opposed the rebuilding project should be put to death and their home destroyed.  So the Jews were able to complete the rebuilding of God’s temple in Jerusalem with the encouragement of Haggai and Zechariah.

The city was beginning to take shape, and this is where Ezra whom the book is named after  comes onto the scene.  He was a priest and scribe in Babylon who had favor with the Babylonian king after Darius which was king Artaxerxes.  Ezra was decreed by the King to go to Jerusalem and select men who would be rulers over the city and set up the civil government of the city, appointing magistrates and judges for the people.  But King Artaxerxes didn’t send them empty handed.  He sent them with many gifts to embellish the temple and many measures of wheat, wine, oil, and salt that would be needed.  He even gave authorization to use the royal treasury money for whatever else they needed to ensure that proper temple worship could be accomplished.  This greatly encouraged Ezra and the people of God in Jerusalem.

Thinking about the many players in this account of the rebuilding of the temple it seems to me that there are those who are determined to bring the people encouragement and those who are determined to bring the people discouragement.  Are there people like that in your life too?  You may have noticed that there are some people who lift up your spirit, and some people who bring your spirit low.  Notice how God knew the discouraging people who brought the people down, and would send someone like Haggai or Ezra along to lift the people’s spirits up again?  Does God do this for us too?  Has he ever sent someone to encourage you and lift up your spirit when you were discouraged?  Maybe He has used you to help lift up the spirits of someone else just like he used Zechariah,  Haggai and Ezra.  They brought an encouraging word to the people.  Will you let God help you to be an encourager to someone else this week?   Key thought:  Ask God to help you be a person who lifts others up rather than a person who brings others down.