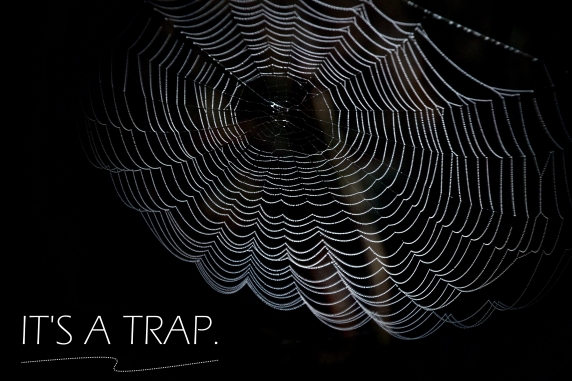 In this chapter of Matthew, we see many ways in which people are trying to trap Jesus. It turns out that Jesus is a masterful logician and manages to find the perfect response to all the questions that he is faced with. Let’s look at how we can use these same tactics in our life.

The first trap in this chapter is the one laid out for Jesus by a group of Pharisees and Herodians, Jews and Romans. They ask Jesus if it is right to pay taxes to Caesar. If Jesus says that you should pay taxes to Caesar than the Pharisees can come after him for collusion with the Roman government (the Jewish oppressor). If he says not to pay taxes, then the Herodians can go after him for tax evasion. This is a loaded question. It comes with certain assumptions that put the person being asked into a lose-lose situation. A common example that most people are familiar with is, “Have you stopped beating your wife?” If you answer yes, then you admit to beating your wife in the past. If you answer no, you admit to currently beating your wife. The correct way to answer a question like this, as Jesus does, is to reframe the question and tear down the underlying assumption. Essentially, he gives a non-answer. “Give to Caesar what is Caesars’ and give to God what is God’s.” He implies that you should pay taxes but also suggests that the money belongs to God in the end anyways (see psalm 24:1). He also gives the impression that he is neither for nor against the Roman government. In the same way you should respond: “I have never beaten my wife.”

The Sadducees try to get Jesus by using a logical argument called reductio ad absurdum. They took Jesus’ position, that the dead will be raised to life, and pushed it to its extreme limits to prove that it must be false. This is a technique that is often used by people outside the religious community. One example of this is when people argue for abortion. They will inevitably ask you if it is acceptable for a woman to have her baby aborted if the baby was conceived through rape. They are trying to take the pro-life position that it is wrong to kill babies in the womb and push it to an extreme example to show that the position is wrong. However, this tactic shouldn’t work on you, nor did it work on Jesus when the Sadducees tried it on him.  Jesus pointed out that their understanding of the resurrection was fundamentally flawed. They didn’t understand what would take place, that men and women will be raised to be like angels in heaven, without being given in marriage. First, he destroyed their absurd argument: men and women won’t be married at all. And secondly, he proceeded to school them on the explicit statements in the Scripture: God is the God of the living, not the dead. In the same way, you should respond to these types of arguments. First, everyone acknowledges that rape is a horrible act and the perpetrator should not go unpunished. Secondly, one sin does not elicit another; killing children is always wrong.

Once again, the Pharisees try to trap Jesus with a question that they believe has no sufficient answer. They ask, “What is the greatest commandment?” This question can’t be answered. No matter the answer that Jesus gives, the Pharisees will not be satisfied. However, Jesus can tell that they are trying to trick him and call them out on it. He knows that the question relies on a false premise: there is a single commandment that is greatest. Jesus refuses to answer the question on their terms and gives them an unexpected response. He says that all scriptural law can be based on two commandments alone. This is a technique that I like to use when people ask me, “How can a good and just God allow children to suffer?” My response is actually quite simple and similar to Jesus’ response to the pharisees. I reject the presupposition that God allows those children to suffer and respond with “God is good and just. And people suffer.” The questioner assumes that those two statements are contradictory when they really aren’t. Rather than going along with their assumption that God is responsible for suffering, you should reject their premise outright. 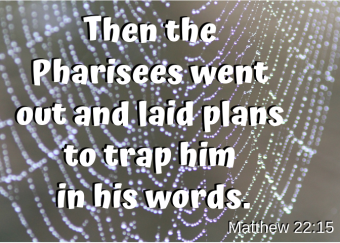