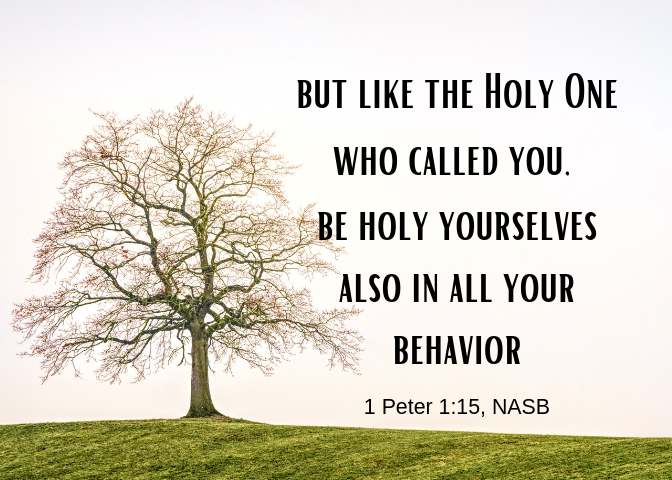 As we open the first letter from Peter, we find that he identifies himself as an apostle. This is a word that is rarely used outside of the church today. It translates to one who is sent. Peter says of himself, “I am one who is sent of Jesus Christ, I am his ambassador, his representative to you.” The you he refers to are all of those “living as aliens” across the region. I remember when I was a child, I would think of Marvin the Martian or some other made-up extra-terrestrial when I though of the word alien. Now I understand that an alien is simply one who is living in a place that is not their own. I now know that we, as servants of Christ, are living as aliens in a world that has turned itself over to follow evil. So, Peter is actually writing to us as well.

He continues by saying that we are chosen according to God’s foreknowledge. So, God knew the future enough to chose us as His servants for this time and to guide us to believe in His Son so we can enjoy life everlasting in His amazing Kingdom at the appointed time! WOW!!! It is incredible to think of the ways that God sets so many things in motion for our good, even when we have no idea of what He is setting up. We are set aside to obey Jesus and be cleansed by his blood. As if that was not enough Peter then asks that grace and peace be ours in the fullest! This is quite the blessing … and that is just the first 2 verses!

In the next three verses he reminds us that our inheritance is stored up where moth and rust cannot destroy. He says our hope is in resurrection and salvation is to be revealed in the last time. This is a beautiful reminder that the dead sleep and we will receive the promise together. In verse six Peter reminds us that the troubles of this time will pale in comparison to the blessings of the Kingdom of God, and this is where we draw our rejoicing from.

Verse thirteen says because of the gospel that has been preached to us we must be ready for action, with our hope fixed, because the world will continue to resist us for a time. Therefore, we must be obedient. We are called to be like Him.

As obedient children, do not be conformed to the former lusts which were yours in your ignorance, 15 but like the Holy One who called you, be holy yourselves also in all your behavior; 16 because it is written, “You shall be holy, for I am holy.”     1 Peter 1:14-16 (NASB)

In the last parts of this chapter Peter again writes of what is imperishable. This time he is telling us that we were not saved by what is perishable, such as gold and silver (these even vary in worth today), but by what is eternal, the blood of Christ. “You have been born again not of seed which is perishable but imperishable, that is, through the living and abiding word of God.” (1 Peter 1:23)