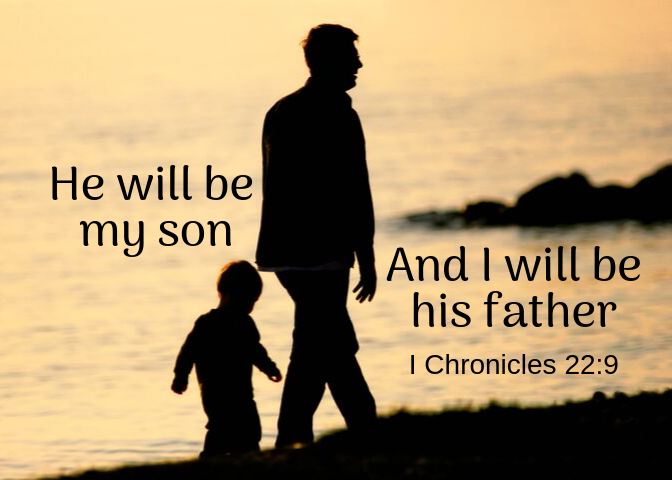 Solomon, who is he and why should I know that name?  First, let’s review the salacious story that led up to the birth of Solomon.  It was Spring, a time when most of the kings in the land would go to battle, due to favorable weather conditions and plentiful food.  However, King David, decided for whatever reason to send his soldiers out to battle, but he himself stayed back in Jerusalem, which certainly went against the warrior king’s typical protocol.  On one of these fine Spring evenings, King David took a walk out on his roof top. As he was strolling around he gazed upon a beautiful woman bathing.  David inquired who the gorgeous bathing beauty was, and was told she was Bathsheba, the wife of Uriah.  King David invited Bathsheba to join him in his bedroom….which lead to…..can you guess?  I’ll give you a hint.  A short time later Bathsheba sent word to David that she was pregnant, with his child.

Upon hearing that Bathsheba was pregnant with his child, King David twice tried to convince Uriah, one of his fiercest warriors, to come home to be with his wife, hoping it would appear that Bathsheba had gotten pregnant by Uriah.  When both of those initial plans failed, David concocted an even more sinister scheme, this time to have Uriah killed.  King David ordered that Uriah be sent to the front line of the fiercest battle, and then instructed that the rest of the soldiers fall back, leaving Uriah alone to face the enemy.  Just as planned, Uriah met his untimely death in the battle that ensued. Following Uriah’s death, Bathsheba moved into David’s home and became his wife.

Not surprisingly, God was very displeased with David for taking Uriah’s wife and then sending him out to die.  David had to face the consequences of his sins.

“This is what the LORD, the God of Israel, says: ‘I anointed you (David) king over Israel, and I delivered you from the hand of Saul.  I gave your master’s house to you, and your master’s wives into your arms.  I gave you all Israel and Judah.  And if all this had been too little, I would have given you even more.  Why did you despise the word of the LORD by doing what is evil in his eyes?  You struck down Uriah the Hittite with the sword and took his wife to be your own.  You killed him with the sword of the Ammonites.  Now, there, the sword will never depart from your house, because you despised me and took the wife of Uriah the Hittite to be your own.’  This is what the LORD says: ‘Out of your own household I am going to bring calamity on you.  Before your very eyes I will take your wives and give them to one who is close to you, and he will sleep with your wives in broad daylight.  You did it in secret, but I will do this thing in broad daylight before all Israel.’” (2 Samuel 12:7-12)

After God delivered this message to David the child born to David and Bathsheba became ill.  David was full of remorse and pleaded with God for forgiveness and for his son’s life.  God forgave David, but his first son with Bathsheba died.

David and Bathsheba had a second son, and they named him Solomon.  Solomon means peaceful.  Solomon went on to become King and his reign was one of peace as foretold in I Chronicles 22:9, “But you will have a son who will be a man of peace and rest, and I will give him rest from all his enemies on every side.  His name will be Solomon, and I will grant Israel peace and quiet during his reign.  He is the one who will build a house for my Name. He will be my son, and I will be his father.  And I will establish the throne of his kingdom over Israel forever.” God loved Solomon and told the prophet Nathan to name him Jedidiah, which means beloved of Jehovah.

There may be consequences to pay for your sins, but if you seek forgiveness God can still work through your “mess” to accomplish great things. After all, from David and Bathsheba came Solomon.

(If you’ve been reading with us all year you know we have been working on reading and discussing one chapter of the New Testament everyday – with some FREE THEME days added in to round out the 365 days.  For the month of October we will be reading one chapter of Proverbs a day – the 1st chapter on the 1st of October, 2nd chapter on the 2nd, etc…  It’s a great book to help us all gain a lot of wisdom.  Then, in November we will cover the book of Revelation, and finish off the year with the last gospel we saved for December: Luke.  Keep reading His Word!)