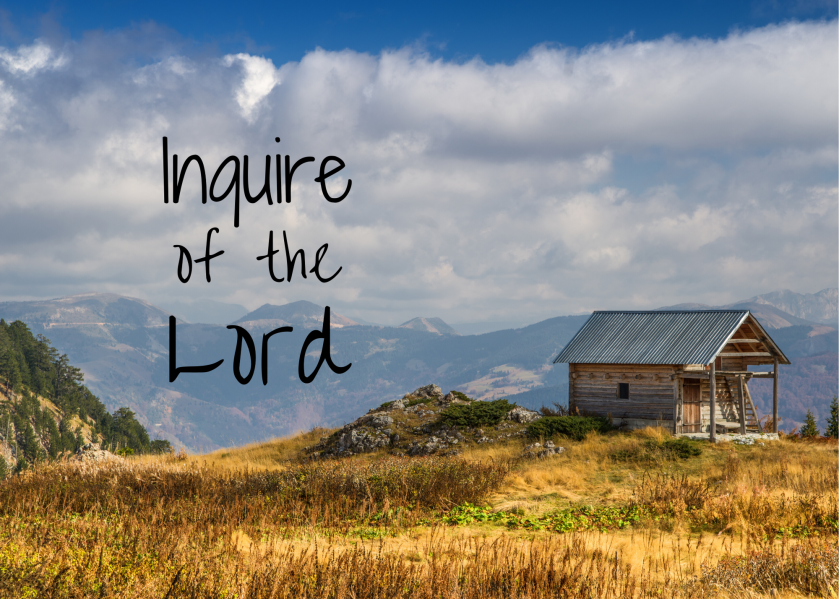 The Israelites have had success after success in conquering the Promised Land.  But they did have the setback due to Achan’s sin, and in chapter 9 they have another setback.  The Gibeonites trick Joshua into granting them a treaty, on the premise that they are not locals, and so will not be in the way of the Israelites’ expansion plans.  You have to hand it to the Gibeonites.  This was a very shrewd move for them, and did grant them their survival.

But this should never have happened, and doesn’t seem to be part of God’s plan, when in other inhabited areas, the entire existing populations were destroyed.  So why did it happen?

As part of the ruse, the Gibeonites provided evidence of their long journey to reach the area in the form of old wineskins, bread and sandals.  Then, in chapter 9, vs 14-15, “The Israelites sampled their provisions but did not inquire of the Lord. Then Joshua made a treaty of peace with them to let them live, and the leaders of the assembly ratified it by oath.”

And there you have it.  They did not inquire of the Lord.  How foolish they must have been.  How could these people, that had been clearly led by the Lord, abandon His counsel at this critical time?  The answer is because they are like you and I.  Human.  Unfortunately, great success gives rise to self importance and self reliance, instead of giving God the credit He deserves and then continuing to rely on Him.  We have probably all done it.

When times are easy, it is easy to let our relationship and reliance on God slip away.  That is a bad thing.  We are going through difficult times right now.  That is also a bad thing.  But in times like these we need to draw closer to God, seek His counsel, and draw strength from that relationship.  And that is a good thing.

There was a small revival in this nation after 9/11, with a large increase in church attendance.  But, as things improved, it wore off.  Things will assuredly get better from our present reality, but if there is a revival in our own relationship with the Lord, that is a fantastic outcome.  But don’t let that revival slip away when things get better.  Be aware that it is human nature for that to happen, and take steps to avoid allowing your human nature to lead you away from God.

Here is another word of encouragement from scripture.

Whoever dwells in the shelter of the Most High

will rest in the shadow of the Almighty.

I will say of the Lord, ‘He is my refuge and my fortress,

my God, in whom I trust.’ Surely he will save you

from the fowler’s snare

and from the deadly pestilence.

He will cover you with his feathers,

and under his wings you will find refuge;

his faithfulness will be your shield and rampart.

You will not fear the terror of night,

nor the arrow that flies by day,

nor the pestilence that stalks in the darkness,

nor the plague that destroys at midday.

You can read or listen to today’s Bible passage at https://www.biblegateway.com/passage/?search=Joshua+9-11&version=NIV