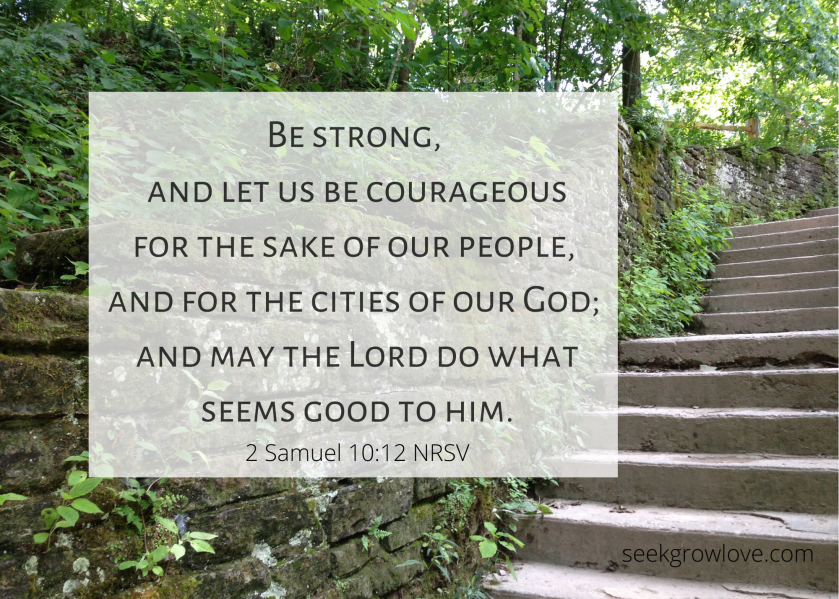 Have you ever felt a little weird asking God to heal someone who is sick? I know I totally have. Inside my brain I feel this want to pray that God would heal the person but I also feel this tension between wanting God’s will to be done and wanting my own specific will to happen. For the record I absolutely think that we should be praying for the sick. I think that in some ways the tension exists because we want what we want and we all want this world to be as pleasurable as possible for everyone. While I think it is a little short sighted, it makes perfect sense. We don’t want to see our loved ones in pain, so we pray that God would bless them.

On the other hand, I do believe that the will of God will be accomplished eventually in this world. I also believe that the will of God is absolutely the best solution for each situation. Babies still die and sometimes younger people die too early. They don’t get to grow old and experience life through a number of years. This leads me to believe that there may be a creature out there in this world who is in opposition to God. So the question sort of remains do we pray that people will be healed or do we just pray that God’s will would be done in this situation. I believe that our prayers can be effective through God’s actions if they are God’s will. I think above all else in the realm of prayer my goal is to praise the Lord for all he has done and to try to pray according to his will.

In the reading today in 2 Samuel 10 we have this super weird story with half shaven beards and half naked men. Kind of crazy. The retaliation of this is where I want to focus though. So here the Ammonites had hired the Syrians and the king of Macaah and his men and the king of Tob and his men. This is looking to be a pretty intense battle. It’s sort of looking like everyone versus Israel in this scene. Now the Ammonites hired 33,000 soldiers and in addition you can throw in there all the men that the Ammonites had together. I can almost guarantee you that this was a formidable force against the army that Joab had.

Now this situation is kind of tricky because not only are they facing an army  that is larger than them but that army is also facing them on both sides. This is what is known as a flank and it’s a well used military strategy. Joab, the commander of Israel’s army, knows this and he knows that the odds are not in his favor at the current moment. He is well aware that he is already in trouble and the battle hasn’t even begun yet. Joab does the best with what he’s got and makes a plan to fight the battle. He divides his two forces and tells them we will help each other where we need it and after that Joab gives an awesome pep talk.

We don’t hear a lot about Joab’s life. We mostly hear about his military conquests but here we get a little glimpse into his spiritual life. In verse 12 he says, “Be of good courage, and let us be courageous for our people, and for the cities of our God, and may the LORD do what seems good to him.” Love this motivational speech. He says be of good courage, which in my head and maybe some of Joab’s men immediately kicks me back to Joshua where Israel was winning every battle set before them. Then he says do for the fam, or for the family, and for the cities of our God. He acknowledges that they are God’s cities, Amen, right?!

The next subphrase though I want to hone in on a little bit. He asks that the Lord may do what seems good to him. That is nuts. He has all these men under him, he is literally responsible for all their lives. That is how leadership works. No begging and pleading for mercy and asking for blessings on his men and his nation. All he is asking is the Lord to do what seems good to him. He must have really believed that he deserved good to be done with him or he must have decided that God deserves to have what is good done in his eyes. He believed in putting it in God’s hands. He may have even believed and had confidence that God would want to do good to him. Not because of his actions surely, but because of God’s nature.

I think this phrase was spoken in humility and he was allowing his life and the lives of his men to be put in God’s hands. Of course all our lives are in God’s and the things that go on in our lives are still in God’s hands but Joab was crazy enough to voluntarily submit and acknowledge it. That’s the best type of crazy. I think this was the same attitude Jesus had in the garden of Gethsemane.

I think what is actually going on is these people are volunteering their sense of control over their lives. They are submitting to God and telling him you do what you think is good to you. This is the point of surrender in our lives that I believe God is continuously working us towards – an emptiness of our own and fullness of things of God. It is ushering us towards the freedom that we yield control over our lives to God.

So let’s give to God what is his and pray that he would do what is good to Him in our lives.

Today’s Bible reading can be read or listened to at https://www.biblegateway.com/passage/?search=2+Samuel+10%2C+1Chronicles+19%2C+Psalm+20&version=NIV