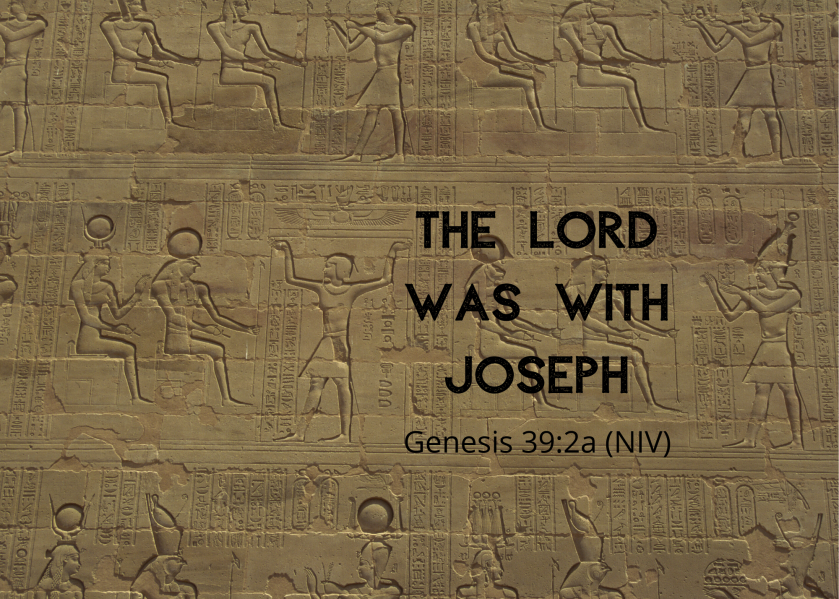 Today is sadly, at least for me, my last day of writing devotions for this week. I have been super blessed to do this. It really makes me work the text and find the spiritual implication of the scripture. I love studying God’s word like that. I hope you guys have been getting as much from the devotions as I have.

We are going to set up camp in Genesis 39 and talk some more about Joseph. Definitely read Genesis 39: 1. because it is awesome, 2. because it will fill in all the details that I miss. We are picking up the story with Joseph in Egypt thriving as a slave in Potiphar’s house. It says in verse 3 “His master saw that the LORD was with him and that the LORD caused all that he did to succeed at his hands.”. Notice Joseph’s perseverance in this situation. He is sold into slavery by his own brothers and now adjusting to life as a slave he is still applying himself and trying. It is so rare to find perseverance like that anymore. I can only imagine Joseph’s mindset here but I feel like being a slave of one of Pharaoh’s officials and becoming his right-hand man would not be the worst job to have as a slave.

Joseph had gained Potiphar’s trust so completely that it says that he concerned himself with nothing but what food he ate. I wish I could say all my employers have trusted me like that but that totally wouldn’t be true. Unfortunately, the story is about to get a little more difficult for Joseph.

Potiphar’s wife had taken a liking to Joseph and tried to make him lie with her. I want to zoom in on Joseph’s response. He tells her no, that he wouldn’t do it. The reason he cites in verse 9 is that his master has held back nothing but her and, “How then can I do this great wickedness and sin against God?”. He ultimately bases his choice on “I owe Potiphar” but “I couldn’t do this to God”. His morality, decisions and actions are guided by his devotion to God. God was the thing that guided everything for Joseph.

This heroic display of devotion to God wouldn’t be the last. In verse 10 it says that she asked him day after day to lie with her and Joseph refused. She seems to be determined because despite all of Joseph’s no’s, one day she got ahold of his garment and refused to let go. Joseph fled away to avoid the sin. She lied to the men of her household and Potiphar and told them he tried to rape her.

Joseph for this deed of righteousness and obedience was repaid with prison. For obedience through a testing and trial the immediate consequence of his amazing self-control was being sent to prison. Joseph must have felt like God’s whipping boy at that point. I would have felt like, “I was put on this Earth to be destroyed” if I were in Joseph’s shoes.

God rewards Joseph’s obedience and gives him favor with the prison keeper who puts him over all the other prisoners. God rewarded his obedience, suffering, righteousness, love, devotion, and endurance to and for Him. God didn’t abandon Joseph. Joseph went through many things much harder than probably any of us have ever or will ever go through. They were hard, made him uncomfortable, he suffered but he persevered. Pain, difficult things, sufferings are not the end of the world. Being comfortable in life is not the most important thing. Joseph’s happiness wasn’t his main concern. His love for God was paramount.

James 1.2-4 says “Count it all joy, my brothers, when you meet trials of various kinds, for you know that the testing of your faith produces steadfastness. And let steadfastness have its full effect, that you may be perfect and complete, lacking in nothing.”

Everything can wait. Think about what that would feel like.

In the next part of the verse it says that God has promised this to those who love Him. So let your perseverance, your suffering, your pain and obedience make that LOVE perfect and complete.

Dan is a graduate of Atlanta Bible College and SUNY Maritime College. He recently completed an internship at Guthrie Grove Church of God and is hoping to become the pastor of a church one day, LORD willing. If you would like to contact him you can reach him via text or call at 631-576-5099 or via email danielaaronwall@gmail.com.

Today’s reading was Genesis 38-40 and can be read or listened to at https://www.biblegateway.com/passage/?search=Genesis+38-40&version=NIV 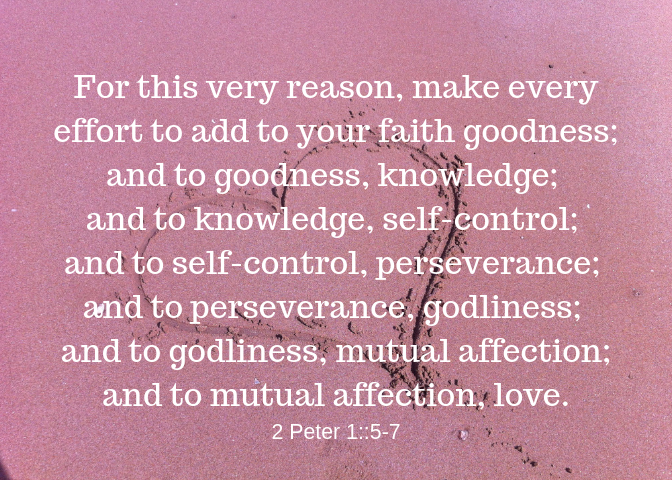 The apostle Peter in his second letter to the churches encourages us and the early believers to exercise a life of righteousness  and to grow in those attributes on a continual basis.  The attributes or fruit that he refers to in verses 5-7 are the same fruits that are mentioned as the fruits of the spirit in Galatians 5:22-25.  God by His spirit produces fruit in true believers.  By producing this fruit Christians stand out in humanity and shine when they display these attributes.  Even non-believers stand up and take notice of those people who demonstrate an extra amount of patience, or loving kindness, or those who do not loose their joy even in the face of dire circumstances.

Recently my mother went through her second diagnosis and treatment of breast cancer.  I’ve seen the fruit of joy shine through her through this – even though she ended up losing a body part.  She has been a shining light to those around her – keeping her joy by not losing her sense of humor.  By being more concerned about others and their overall well-being rather than by wallowing in self-pity.  She has been continuing to bear fruit even in her circumstances.  Christians bear this kind of fruit and every good tree bears good fruit no matter what the circumstances.  Every tree is known by its fruit.  Peter is encouraging us and the early believers to continue to grow in bearing good fruit indicative of God’s spirit being multiplied within us.

In the last half of the chapter Peter fears that his time in instructing the believers will soon come to an end and he wants them to remember what is of most importance.  The important thing that he wants them to remember is that Jesus truly is the son of God  as was evidenced by him personally when the voice came from heaven declaring it so, and the importance of receiving Jesus as the promised Messiah.

In our walk with the Lord are we remembering what is most important and truly giving Christ first place in our hearts and minds as the son of God?  Are we allowing ourselves to be changed so that we continue to grow and produce good fruit by his spirit within us?  If we are not then we would do well to pay special attention to Peter’s words to the early church and apply them to our own hearts and lives as well.