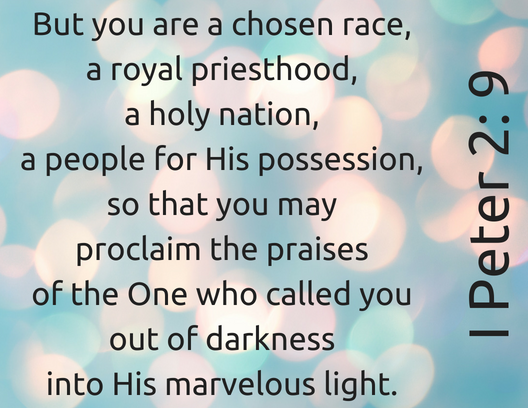 It’s great to know why the author writes a book. Many times, it’s because they want to tell a story. It’s their story (in the case of auto-biographies) or someone else’s (biographies). It may be completely made up (fiction) or only slightly altered (based on a true story). But many books are not about stories but about themes. Some books are about the food we eat, or about the way economics work, or about a brief history of everything. Sometimes the authors never tell you WHY they are writing a book, sometimes it is the first thing they tell you. Anytime I read “I am writing this because” I take a sigh, because it allows me to finally figure out why they were trying to say all they are trying to say.
Peter gives us that when he wrote what would become 1st Peter. He says “I have written you this brief letter… to encourage you and to testify that this is the true grace of God.” He then gives the command “Take your stand in it!” Peter lets us know that he is hoping to encourage us and show us the true grace of God. I think he does this (being inspired is helpful too!) But I find the most encouraging passage in the book to be in 2:9-10. I think the passage should be written down in it’s entirety. Read it slowly and let it sink it.

But you are a chosen race, a royal priesthood,
a holy nation, a people for His possession,
so that you may proclaim the praises
of the One who called you out of darkness
into His marvelous light.
Once you were not a people,
but now you are God’s people;
you had not received mercy,
but now you have received mercy.

You are a member of a chosen race. You and the Christians in your community are not cosmic accidents but instead have been chosen by God.
You are a royal priesthood. You will rule with Christ in the coming Kingdom but you will also serve as a priest to bring worship to God.
You are a holy nation. There is not just you lost alone in a sea of disbelief, but there is an entire nation called to follow after God, who are holy, set apart of glory and honor at the end of days.
You are a people for his possession. God treasures you. He wants you because he loves you.
God has called you from darkness into his light. No longer are you unsure of where you will go, what will happen to you, or what the future holds. Instead, God sheds light on all these things. The future may still have moments of unknowing, but God will be beside you all the way, illuminating your steps.
You have become a part of God’s people; you have received mercy.
Read it again. While this letter has great theological truths, while it raises important issues between husbands and wives and Christians and their government, Peter was trying to encourage us through the knowledge of who we are!
Take courage in that you are precious and special to God.
-Jake Ballard
(I apologize for several days without a devotion.  That was my fault, due to many overlapping circumstances.  But, now we are back in business and looking forward to continuing this daily devotion.  May you be blessed by your time in His Word.                  FUEL Bible Devotions /Marcia Railton)