If you haven’t found out by now, Revelation is a strange letter; there are all sorts of images and visions that don’t quite make sense to us most of the time. In chapter nine, things get much stranger, as we see some terrifying images of God’s judgment being sent upon unrepentant people that have killed God’s people (i.e. Christians). However, strange as it may be, this chapter is absolutely crucial to understanding what John is trying to communicate throughout the whole letter. There is a key theme that needs to be drawn out if we are to understand what John is talking about.

In chapter eight, we saw angels getting ready to blow seven trumpets that would bring about God’s judgment, in response to the prayers that God had heard from His people back in chapter six. When we come to chapter nine, the fifth trumpet is blown, bringing about this terrifying, demonic locust army that goes around tormenting people for five months. They look strange, sound strange, and behave in a strange manner. There have been many theories about what these locusts are, but I don’t believe John’s focus is on who or what these locusts are; they are more of a background image than anything.

John’s main point is found at the end of the chapter, after the sixth trumpet is blown. In 9:20-21, we learn that, even though all these terrible and strange things are happening to these people, they still refuse to repent and change their lives. That is the point of John’s message of the trumpets; even God bringing His fiercest and most terrifying judgment on people is not enough to get them to repent. We saw a similar situation in Exodus, when Pharaoh refused to repent, even though God brought 10 plagues on the land. This is also John’s point with the later seven bowls (16:10-11), and likely the point of the previous seals as well.

The question that we, as the readers, are left with is, “What will make people repent?” That question will be answered in chapter 11, when we are introduced to the Two Witnesses.

For you today, I encourage you to think about the way that you spread the gospel to others. What will work better? Preaching about God’s judgment and condemnation, or offering hope and encouragement? If God’s righteous judgment isn’t enough to bring about repentance in people’s hearts in Revelation, don’t assume that it will work for you either. Let’s offer a hope that is focused on the love of the cross and a merciful God that has offered His own Son for us all! Let’s preach the good news! 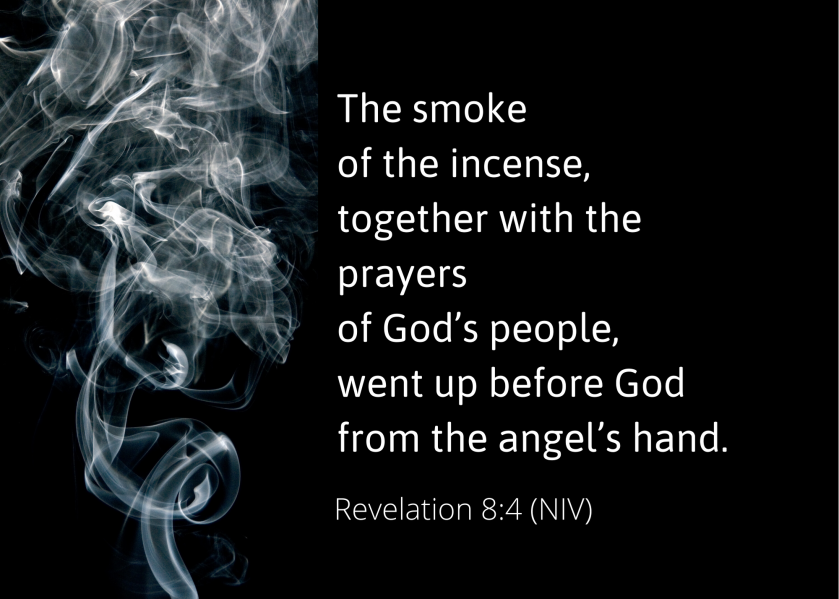 The book of Revelation is a dramatic masterpiece that I would love to see in a comic book one day. The author, John, uses tremendous action, suspense, plot twists, and so much more! When we finally come to chapter eight, there is a great tension that is set up by the author. We have seen that the Lamb at God’s right side has finally broken all seven of the seals that bind this important Scroll from chapter five, and we are anxiously awaiting to see what it contains.

Unfortunately for the reader, we will have to wait a little while longer before we learn what this Scroll says, as John builds our anticipation even more with the introduction of the seven trumpets that bring about God’s judgment. John is looking to whet our appetite even more for the contents of the Scroll, as we see what God is going to do to those who have persecuted and killed His people.

Back in chapter six, when the fifth seal of the Scroll was broken (6:9-11), we were introduced to these Christian martyrs who had been killed for their faithful preaching of the gospel. They cried out to God, begging Him to vindicate them and enact judgment on those who had killed them. It is these prayers for vindication that God is responding to with the seven trumpets that are introduced in this chapter. In 8:3-5, an angel is going to take these prayers that are rising up to God and throw them down on those who were responsible for these Christian martyrs’ deaths. What happens after, through these trumpets, are poetic images of God’s judgment raining down on those who have tormented and persecuted God’s people, similar to what happened in the Exodus story with Pharaoh.

While this letter wasn’t written directly to us in 21st century America, we can learn much from John’s address to the seven churches in Asia Minor. The key point that I have learned from this chapter is that no prayer goes unheard by God. He is going to respond to His people’s cries to Him, even if it may take some time. God is not unjust and will vindicate His people when they are being persecuted for being faithful to Him. So be encouraged today! God hears your prayers! He will vindicate you from the persecution that you face for being faithful.