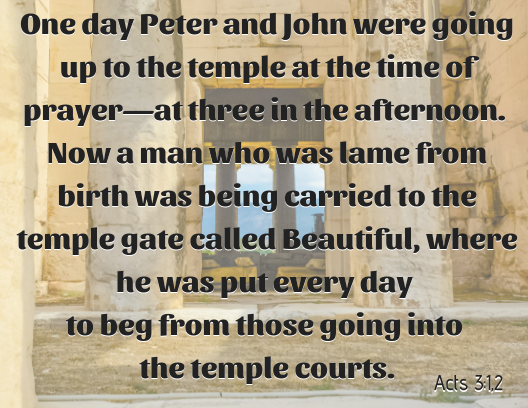 Happy late Thanksgiving everyone! #thankgivingisthebestholiday Although the day of turkey has passed I hope we can all be thankful for what we have considering many do not have anything at all. Recently in Saint Louis, I encountered a man named Ron who was homeless and had nothing to his name except his torn up bag and the clothes on his back. Ron, like many you may encounter in your lives, asked me for money. There are at least two easy ways to handle this situation. First, we could give them the money they were asking us about. Or second, we lie and walk away feeling like we did that person well by not giving them money that could possibly enable their bad habits.

I would say Peter and John have a more effective way of serving these people. In Acts 3:1-10 Peter and John encounter a man who can’t walk and is begging for money in front of the temple gates (a common practice in that day, which could be compared to those at the stoplights we see). Instead of giving him money, they give him prayer and healing. Something we all can afford and is always at the ready. Next time you encounter someone like this it might be appropriate to pray with them about their situation and see if something big happens.