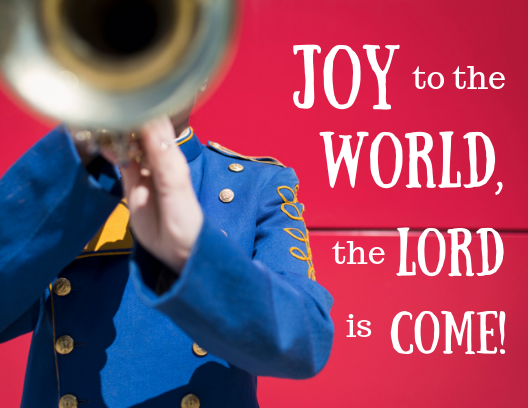 Isaac Watts published the words for “Joy to the World” in 1719.  A century after Watts wrote the words, Dr. Lowell Mason, heavily influenced by Handel’s “Messiah”, set the words to music. Watts wrote the famous carol after meditating on Psalm 98.  Psalm 98:4 reads, “Shout for joy to the Lord, all the earth, burst into jubilant song with music.”  This is precisely what Watts was trying to do by writing the hymn.

The first verse of the carol talks of Jesus coming to earth.  It does not talk about Jesus’ coming as a special baby, but more importantly his coming as King. There is no mention in the entire carol of Bethlehem, a manger, shepherds, or a special star.   In fact, much of the carol has more to do with Jesus’ future, second coming, than with his birth as a baby.

The third verse of the carol mentions “thorns infesting the ground” and “the curse”, both references to God telling Adam that the ground would be cursed as a consequence of his sin (Genesis 3:17-18). Because Adam and Eve had disobeyed God, mankind would have to work to produce food, and instead of abundant crops growing effortlessly, now weeds and thorns would be plentiful.  However, the carol is looking forward to a day when there will be no more sin, sorrow or thorns.  We know all too well, that that day has not yet come, but we look forward with confidence to the day Jesus will return to earth again and all the consequences of sin will be defeated.

Although much of “Joy to the World” tells the story of Jesus second coming, it is still a wonderful song for us to sing at Christmastime.  As we celebrate Christmas, it is important for us to remember that Jesus did not stay a baby in a manger.  His story does not end with his death on the cross, or even his resurrection. We sing of “Joy to the World” because we know that one day Jesus is coming back to set up his Father’s perfect, never-ending, kingdom here on earth!

One thought on ““Joy to the World! The Lord is Come””