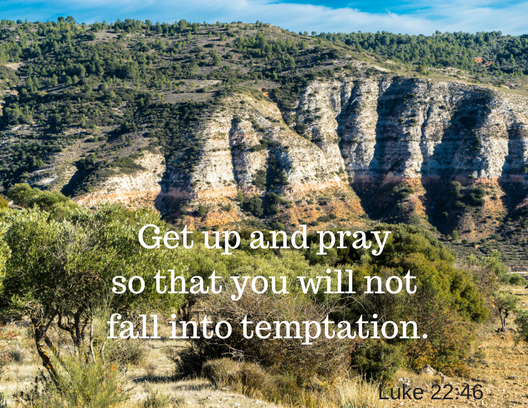 But first, a private dinner with his closest disciples to commemorate the Passover – when God saved his people from slavery by the blood of the lamb.  And very soon a new lamb would be sacrificed to save God’s people from slavery to sin.  Jesus tells his disciples that he will not eat the Passover meal, or drink of the cup again, until the Kingdom of God comes.  Communion services are a great reminder of this promise.  At the dinner, he uses the opportunity to remind them once again the secret to great leadership – be a servant.  Stop fighting over who is best…just serve.

I love how even though Jesus knew ahead of time that Peter would fail him, he had still prayed that Peter’s faith would not fail.  And even though Satan would have the opportunity to “sift all of you as wheat,”  Jesus saw a future for Peter in which Peter would be using those painful experiences to help strengthen his brothers.
And then, in the garden while Jesus is pouring his heart out in prayer – his disciples are sleeping.  I wonder how many times he would prod me and say, “Get up and pray so that you will not fall into temptation.”  How much better would Peter – or I – stand Satan’s arrows if he – or I – were fully filled up with prayer rather than whatever feels good or most urgent at the moment?

Enter, Judas – and the chief priests and the guards and the great betrayal!  And even in the midst of the hurt and personal persecution – Jesus gives healing as he restores the servant’s ear.

Early the next morning, Jesus is brought before the chief priests and elders and is questioned about who he is. Is he the Messiah?

Jesus answered, “If I tell you, you will not believe me, 68 and if I asked you, you would not answer. 69 But from now on, the Son of Man will be seated at the right hand of the mighty God.”