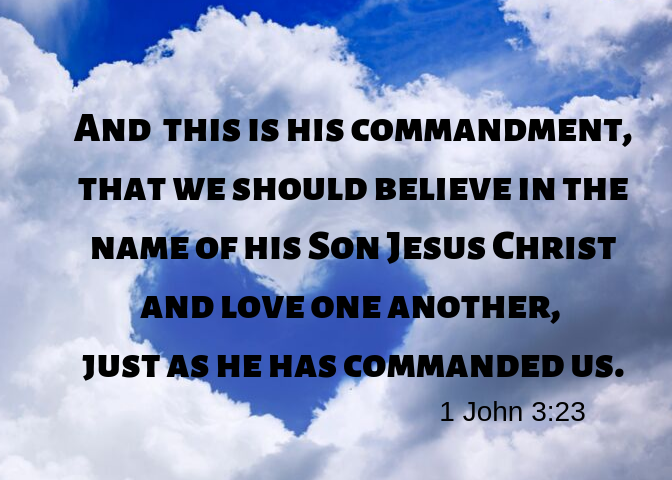 The World’s Relation to God’s Children

This chapter mentions two ways in which the non-believing world reacts to the children of God:
1. The world does not know us (that we are God’s children) just as it did not know Jesus, that Jesus is God’s Son (3:1).
2. The world hates us (3:13). The world is like Cain, who hated and even murdered his brother.
Especially in 3:11-18, the author instructs us not to be like the world and hate our brothers, our fellow believers in Messiah Jesus.
Knowing what Love is, I John 3:16, the parallel to John 3:16

“By this we know love, because he laid down his life for us. And we also ought to lay down our lives for the brethren.”
This verse encouraged me (Stephanie), so much during the hardest time of my life, which was just after my husband came to the understanding of the one true God and His Messiah Jesus – and the mistreatment that followed in result of his faith. The verse really helped me to focus on what real love is – to think how Jesus humbled himself to death on a cross. He was mistreated and ill spoken of; they even took his clothes away from him. That is how I know what love is, and I could take courage because of what Jesus went through and lay down my life for the brethren, disregarding the shame.

Jesus didn’t come to give a license to sin, but to remove sin, 2:4-10
At first glance the author may seem to contradict himself. In 1:8-9 he says we sin, but in 3:6 he says “no one who abides in him (Jesus) sins”. I think what the author is saying is that believing in Jesus does not give people a license to sin. Believers may sin (and there is a way to forgiveness, 1:8-9) but a life characterized by continual sin is not one in step with abiding in Jesus. Jesus didn’t come to give a license to sin. On the contrary, the writer gives two reasons why Jesus “appeared”:
1. To take away sin.
2. To destroy the works of the devil
Jesus and a believers life in Jesus does not give license to sin, but rather removes and destroys sin.
Theme Verse
1 John 3:23 could perhaps be considered a good theme for the entire epistle:
“And this is his commandment, that we should believe in the name of his Son Jesus Christ and love one another, just as he has commanded us.”