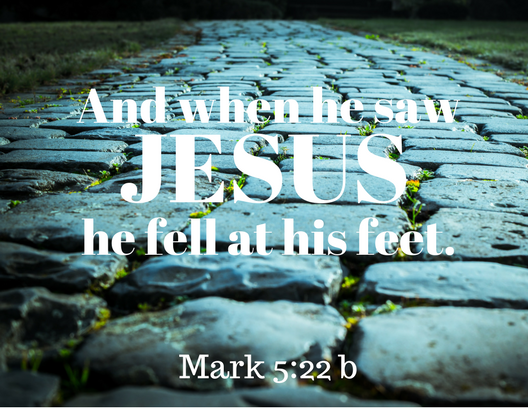 Have you ever had the opportunity to go see, and possibly meet, a celebrity (actor, musician, athlete) in person? Ten years ago, the New York Giants and the New England Patriots were in Arizona to play in Super Bowl XLII. You may be thinking that I tried to get to see either Eli Manning (the Giants quarterback) or Tom Brady (the Patriots quarterback). But my interest wasn’t in either of them. No, I knew that Eli’s brother, Peyton, would be in town to attend some parties before the game. I had a friend of a friend of a friend who had tickets to one of those parties and I daydreamed hard about getting to meet the future NFL Hall of Famer.

A few years before that I was in Monaco and my tour guide had heard that George Clooney, Brad Pitt and Matt Damen were supposed to be filming a scene in the movie Ocean’s 12 at the famous Monte Carlo Casino. The group of students that I was traveling with and I stood with a crowd of people for almost an hour hoping to get a glimpse of the three actors. Well that never happened. But we did get to witness two extras walk down the steps of the casino and that scene is in the movie, so it wasn’t a complete waste of our time. Kinda.

When I read Mark chapter 5 I imagine that the crowds that followed Jesus around were a bit like the superfans of a celebrity. Wherever He went, masses of people would go and seek Him out. Not because He was rich and famous, but because they had heard He could perform some pretty crazy healing miracles. In this chapter we read about three people who were not just highly interested in meeting Jesus, they were desperate to meet Jesus. And so they did what they had to do, to get near Him. The demon-possessed man saw Jesus at a distance and ran and fell on his knees at Jesus’ feet (verse 6). The father of a dying young girl worked his way through the crowd and fell at Jesus’ feet (verse 22). The sick woman reached through the swarm of people to touch his cloak and then fell at His feet (verses 28, 33).

Desperation brings you to a place of complete abandonment of pride and social decorum and a complete surrender to experience an ounce of relief. Imagine being so in need of healing that you fight your way through a crowd of strangers to fall onto your knees at the feet of Jesus. The wonderful thing is that Jesus had compassion on each and every one of those people and He will have compassion on you too.

But Jesus doesn’t want you to humble yourself just when you’re desperate for healing. He wants you to be desperate to spend time with Him every day, even when things are going well for you. His desire is for us to sit at His feet and enjoy His presence no matter what is going on in our lives. Remember Mary, Martha’s sister, who sat at her Lord’s feet and she was praised for doing what was right (Luke 10:38-42)? Mary had the right idea. It’s during these times that we learn how to follow Him and to love Him. It’s during these times that we understand what it means to love others and become a fisher of men.

Psalm 16:11 says, “You have made known to me the path of life; you will fill me with joy in your presence, with eternal pleasures at your right hand.” When we find ourselves at the feet of Jesus, life, in all of its complexities, will begin to make a little bit of sense because we no longer view things at face value, but we get glimpses of how our life experiences fit into God’s eternal plan. Yes, we will still know sorrow and grief, but we will also have an eternal hope, a peace that surpasses understanding, and overflowing joy.

So let’s take a few minutes to fall on our knees at the feet of our Savior and Lord.

I guess this should make me feel bad, but in a lot of ways I identify with Saul throughout most of these last chapters of 1 Samuel. We don’t lead very parallel lives. That is to say, there isn’t a whole lot of killing and foreskin collecting  in my life(actually none, in case you were worried). However I feel like Saul’s story in these chapters is a desperate one. He is a man who was ordained king, and for a brief time was on top of the world. Saul even had favor with God for a short time. However he disobeyed God, and continued down that path.

In Saul’s disobedience, he kept looking for a quick fix. So as he has lost favor with God, and Samuel has ordained someone else as king, Saul thinks he can fix this, just by killing the future king. He continues to make poor decisions, and soon his family is involved. Saul is making a huge mess of everything. I can relate to this. I have had times in my life when I went against what God wanted for me. Because of my disobedience I began to suffer in some way, and instead of repenting and changing my behavior-I looked for a quick fix. A way out of the discomfort without confession.

We can make a huge mess if we decide to go our own route after we have sinned. God has so much better planned for us in our lives, than running from him, and feeling awful. We may have to go through the pain of confessing, or coming clean with God and others. However the reconciliation will free us from the feelings of desperation. And it will eventually repair our sin and relationships.