When I think about Abraham, I often think about God’s promises (covenant) to him. But Abraham is worth considering as a person too. I read the following thoughts written about him…

ABRAHAM is one of the most popular people in the Bible. He is known as the “Father of the faithful.” Like Noah, Abraham was a faithful person who put God first in his life. His faith was tested when he had to leave his country and family and travel to an unknown land, He had so much confidence in God that he was willing to offer his only child, Isaac, as a sacrifice to prove this faithfulness. Thankfully, God rewarded his faithfulness and Isaac was spared.

As you read about Abraham, think about how your life reveals faithfulness. God has a vision for your life. Are you ready? Available? Faithful? Willing? How about today?

Confident in His Covenants

Following the flood, God made a promise to Noah that he would never again destroy the world with water. This promise is referred to as a covenant. A covenant is an oath or a promise made by God that He will keep regardless of our actions or belief. He’s made several significant promises (or covenants) through history. He made a covenant with Abraham that he would be the father of a nation. Abraham’s descendants became known as the nation of Israel. Later he made a covenant with King David that the Messiah would be born from his lineage. When Jesus was born, New Testament writers make sure to point out that his family line could be traced back to David.
As you read the Bible, you can always look to God’s covenants with confidence that He will keep His promises. He always has. He always will. God can be trusted to do what He says.

Years ago, I attended a conference in California for youth leaders which was led by Doug Fields, a youth pastor & writer. It was amazing. I took a ton of notes and learned a lot of things, but I also began to sense there was no way I would ever get it together like these guys teaching us. They seemed so smart, so organized, so “with it” that I could never be as effective as them.

One evening during that conference, Doug Fields invited a limited number of conference attenders to his house for ice-cream after hours. I found myself sitting in his living room, eating his food, and just talking with him. It gave me a chance to see that the people we see “on stage” are really pretty normal & just like us most of the time. They even like ice-cream.

I read a devotion that Doug had written for his students about jealousy based on the story of Cain & Abel in Genesis 4. Here’s what he wrote to his students. It also applied to me, as a youth leader. This lesson has stayed with me all of these years, and it helped me stop comparing myself to others. I hope it will help you do the same. He wrote…

It doesn’t take the IQ of a I genius to recognize Cain’s jealousy. He compared his gift with Abel’s and, like all comparison, he lost. Instead of attacking his own problem of jealousy, he attacked his brother and killed him.
Jealous people are typically not happy with who they are. They spend too much time comparing themselves to others and trying to conform to another’s style, personality, or look. This comparison game can leave you feeling like a loser because you’ll always find someone stronger, smarter, more athletic, or better looking than you.
Fortunately, God doesn’t play the comparison game. He doesn’t care if you are tan, fat, thin, athletic, or smart. God is interested in your heart. He loves you just the way you are; so thank Him and celebrate your creation.
-Seth Ross

Are you shining brightly?

The first few chapters of Genesis sure create a lot of discussion & debate related to how the world began. But beyond the science, there are some profound spiritual truths that are worth considering. Here are just two to get you started.

1. God created you in His image. That means you are no random accident of the universe. God knows you & loves you. That truth is found throughout the Scriptures. Spend a minute thinking about that & thank God for your uniqueness.

2. God created light out of the darkness. We find that “light” is also symbolic for truth and purity on many occasions in the Bible. Jesus used the imagery of “light” to challenge his followers to live in such a way that they “shine” in a dark world. Light pierces darkness every time. And yet it can be challenging to live that way both at home and on campus (high school or college). So, here’s a question…are you “shining brightly” as a light? If not, what needs to change for you to become a brighter light for God? 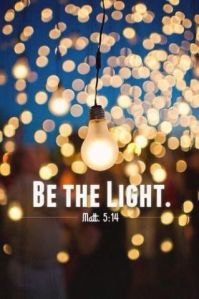 Thank you so much to Pastor Seth Ross who volunteered to write our first week of devotions!  If you didn’t get a chance to meet Seth you might be interested in knowing . . .

Seth Ross has been working with students for 25 years. He’s been a youth leader, served on staff at the event we know as FUEL, been on our national Youth Advisory Committee, and has been our National Youth Coordinator (Turning Point Youth Ministries) for the past several years.  He & his wife Stacey have 3 boys, Isaac, Jacob, & Luke, who often make appearances on Facebook. Seth loves students & wants desperately to help them see the world as God sees it, not as culture wants them to see it.

Welcome to the FUEL 2016 Bible Reading Blog!   How exciting to see you here!  We look forward to growing together throughout the coming year as we read God’s Word and devotions that have been specially prepared for you by some great FUEL friends.  Starting Sunday, July 24 a new devotion will be posted everyday.  By following the Grow 16 Bible Reading Plan, you will be able to read through the Bible in a year – reading just 3-4 chapters every day.  God has great things to tell you!  Let’s join together as we hear and follow. 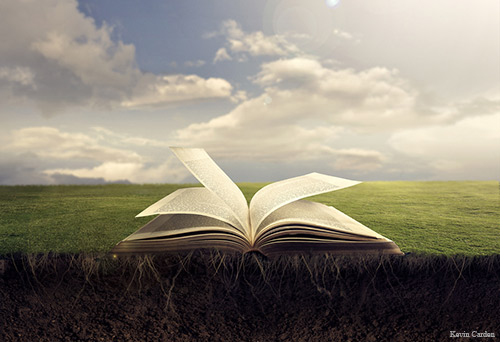